4 Signs You Need to Schedule an Appointment with a Weehawken, NJ Company That Specializes in Air Duct Cleaning Near You

If you’re trying to find a company that offers efficient, reliable, and affordable air duct cleaning near you, contact the leading Weehawken, NJ air duct cleaning professionals: Apex Air Duct Cleaning and Chimney Services. With more than 40 years of experience and a proven track record of success, we’re the first company that Hudson County homeowners call when they need their air ducts cleaned. Our team of professionally trained and highly skilled technicians are certified by the Chimney Safety Institute of America (CSIA) and adhere to the rigorous standards that have been established by the National Air Duct Cleaners Association (NADCA). We use the most state-of-the-art technologies, cutting-edge techniques, and proven strategies, and we always go the extra mile to ensure exceptional results. When you’re looking for a reputable Weehawken, NJ air duct cleaning company, don’t waste your time searching online for “air duct cleaning near me” hoping you’ll find someone reliable. Instead, contact a company that you can count on to deliver: Apex Air Duct Cleaning and Chimney Services. 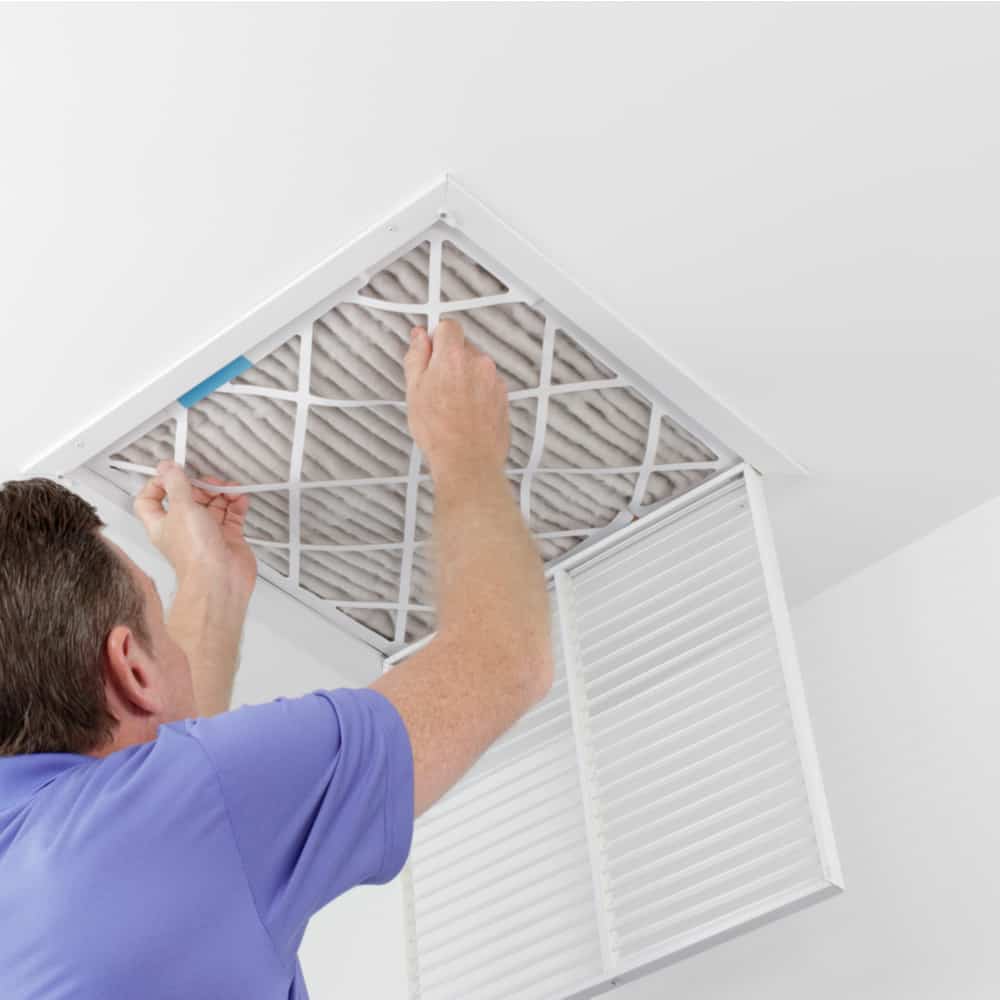 As dirt and debris build-up on the interior of the ductwork, airflow decreases, and when that happens, your HVAC system has to work harder to maintain the temperature of your Hudson County home. The harder the system works, the more energy it will use, and the more energy it uses, the higher your utility bills will be. A reputable Weehawken, NJ air duct cleaning professional will thoroughly clean the air ducts, as well as the air filters, and will make sure that everything is functioning properly, which will reduce the strain on your heating and cooling system, and in turn, will lower your utility bills.

In addition to dirt and debris, tiny odor-causing particles get trapped inside air ducts. Examples of some of the aromas that can get trapped in ductwork include food, dirty laundry, sweaty gym shoes, paint, or smoke; you might also notice a musty, moldy, stale scent. When the system kicks on, those odor-causing particles will be loosened and distributed throughout the air, leaving your Hudson County home smelling funky. A reliable Weehawken, NJ air duct cleaning technician will eliminate those unpleasant aromas and will restore the freshness of your house.

Small particles that collect on the inside of the air ducts are loosened when the heating and cooling system clicks on. Those particles will blow through the vents, and they’ll land on the surfaces throughout your Hudson County home. A credible Weehawken, NJ air duct cleaning professional will remove all of that caked-up dirt and debris, which will help to keep your home cleaner for longer.

Some information about Weehawken, NJ

Weehawken is a township in the northern part of Hudson County, New Jersey, United States. It is located largely on the Hudson Palisades overlooking the Hudson River. As of the 2020 United States Census, the population was 17,197.

Weehawken was formed as a township by an act of the New Jersey Legislature, on March 15, 1859, from portions of Hoboken and North Bergen. A portion of the township was ceded to Hoboken in 1874. Additional territory was annexed in 1879 from West Hoboken.

The township’s written history began in 1609, when Henry Hudson, on his third voyage to the New World, sailed down what was later named the North River on the Half Moon and weighed anchor in Weehawken Cove. At the time it was the territory of the Hackensack and Tappan, of the Turtle Clan, or Unami, a branch of the Lenni Lenape. They were displaced by immigrants to the province of New Netherland, who had begun to settle the west bank of the Hudson at Pavonia in 1630. On May 11, 1647, Maryn Adriansen received a patent for a plantation (of 169 acres) at Awiehaken. In 1658, Director-General of New Netherland Peter Stuyvesant negotiated a deal with the Lenape to purchase all the land from ‘the great rock above Wiehacken’, west to Sikakes (Secaucus) and south to Konstapels Hoeck (Constable Hook). In 1661, Weehawken became part of Bergen when it (and most of northeastern New Jersey) came under the jurisdiction of the court at Bergen Square.

1841 map of parts of Hudson and New York Counties, and the Hudson River

In 1674, New Netherland was ceded to the British, and the town became part of the Province of East Jersey. John Luby, in 1677, acquired several parcels comprising 35 acres (14 ha) along the Hudson. Most habitation was along the top of the cliffs since the low-lying areas were mostly marshland. Descriptions from the period speak of the dense foliage and forests and excellent land for growing vegetables and orchard fruits. As early as 1700 there was regular, if sporadic ferry service from Weehawken. In 1752, King George II made the first official grant for ferry service, the ferry house north of Hoboken primarily used for farm produce, and likely was sold at the Greenwich Village landing that became Weehawken Street.