Is Your Chimney Company A One-Stop Solution For All Your Need In Parsippany-Troy Hills, NJ?

More than half of the population in Morris County uses a fireplace in their homes. Wood stoves and other fuel-fired appliances are the primary heat sources in homes.

It is found in a report that more than 60% of chimneys in residential homes catch fires in rural areas each year, and the reason behind the fire is creosote buildup in the vents.

It doesn’t matter whether you are using wood-burning for fire or any other source; regular heating system maintenance is required for proper and safe functioning. If you plan to hire a chimney sweeping company, make sure it provides all types of benefits associated with chimney.

Services You Must Look For While Hiring Chimney Company

Apex Air Duct Cleaning and Chimney Services is a chimney company in Parsippany-Troy Hills, NJ that provides all types of chimney services, including cleaning, inspection, repairing, maintenance, and even a level 2 inspection for the factory-built fireplace. Now check if your chimney company provides the following services, making it a one-stop solution.

1) chimney sweeping: The new era has brought a safer and more civilized approach to repairing and cleaning chimneys. However, the requirement for professional chimney sweeps hasn’t changed.

With over 30+ years of expertise in the chimney sweeping service and maintenance field, Apex Air Duct Cleaning and Chimney Services is pleased to offer effective chimney sweep services to people across Parsippany-Troy Hills, NJ.

2) Chimney Obstruction (Animal Removal): Your chimney serves as a funnel to let the smoke from your fireplace away from your house. However, your chimney flue liner also provides additional support that keeps it running safely and effectively.

Many homeowners might not know about their chimney’s liner or if they own one, but it’s vital in limiting heat transfer and keeping the structural integrity. 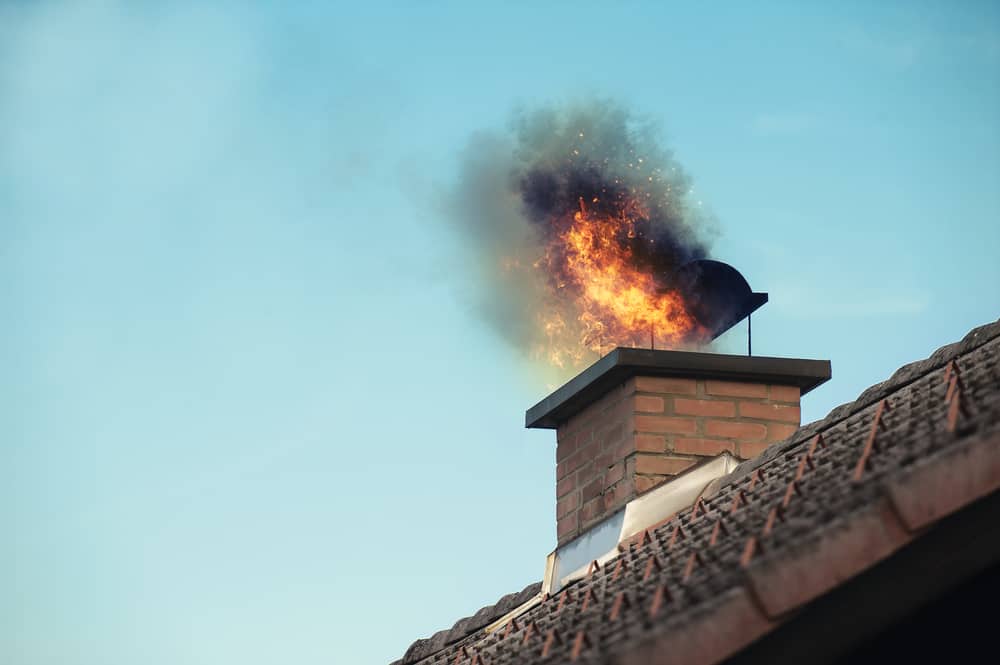 3) Chimney & Fireplace Safety Inspection: Regular chimney inspections are a great way to discover potential hazards like blockages in the chimney and flue liner, which can cause a chimney fire or carbon monoxide poisoning.

Apex Air Duct Cleaning and Chimney Services conducts internal and external chimney inspections performed by trained technicians to ensure that the chimney is in good condition. Our professionals will tackle any chimney repair if your chimney has any problems.

4) Chimney Repair & Gas Fireplace Repairs Services: We know how important it is to use the fireplace within your home, but the finest and most robust products can fail through the years of exposure to the heat.

Fortunately, Apex Air Duct Cleaning and Chimney Services has over 30+ years of experience repairing, servicing, and maintaining chimneys throughout New Jersey. Our experts will spend the time to inspect your chimney and fireplace and offer the best services for you. Don’t let a possibly defective chimney cause your home to be at risk; call us today at 732-314-7171

5) Venting System Maintenance & Chimney Leaks: Regular chimney maintenance provides you with peace of assurance regarding the security of your home. For many years, certified chimney sweeps from Apex Air Duct Cleaning and Chimney Services in Morris County have been working with people from Parsippany-Troy Hills to ensure their chimneys function correctly and conform to the current safety standards.

Every year, a chimney inspection and cleaning can ensure that your chimney is unaffected by damages and ready to use during the colder months throughout the entire year.

Sometimes, water may enter through the chimney, leading to damage to the flue, so it’s essential to repair chimney leaks. Additionally, it will prevent animals from taking their place, which would most likely lead to a chimney repair in the future.

According to the Chimney Safety Institute of America, it is recommended to clean your chimney and fireplace at least twice a year. If you ignore the chimney and fireplace cleaning in Morris County, it will be hazardous for you. Therefore, if you are looking for a Chimney Company in Parsippany-Troy Hills, Apex Air Duct Cleaning and Chimney Services is the perfect solution.

We are committed to serving the residents of Parsippany-Troy Hills, NJ a safe and clean environment for their home by ensuring the cleanliness of the chimney and fireplace.

Some information about Parsippany-Troy Hills, NJ

After the Wisconsin Glacier melted around 13,000 BC, half of Parsippany was filled with water as this was Lake Passaic. Around the area grasses grew, as the area was tundra and then turned into a taiga/boreal forest as the area warmed. Paleo-Indians moved in small groups into the area around 12,500 years ago, attracted by the diversity of plant and animal life. Native Americans settled into the area several thousand years ago, dwelling in the highlands and along the Rockaway River and the Whippany River, where they hunted and fished for the various game that lived in the area and migrated through the area in autumn. Paintings in a rock cave were found in the late 1970s in western Parsippany in the highlands.

On August 27, 1664, three English ships approached Fort Amsterdam and the fort was surrendered to the English. The English now controlled New Netherland and Morris County was now under control of the colony of New York. Relations with the Native Americans improved for a while.