Get Started By Contacting us!

5-star reviews
Had apex appliance come to my home to service my dryer vent and chimney. There customer service was great and i couldn’t be more satisfied, I will definitely be using them in the future!

Schedule an Appointment with a Moorestown, NJ Company Specializing in Chimney Repair

Have you purchased a property in Ocean County and are dealing with some chimney problems? Interested in chimney repair services? Rather than searching online for “chimney repair near me” and hoping you’ll find a trustworthy company, contact Apex Air Duct Cleaning & Chimney Services! The Moorestown, NJ chimney repair specialists have improved and secured the safety of New Jersey chimneys and fireplaces for over 30 years.

Your fireplace is a central feature of your home. On those chilly Ocean County nights, it’s where you curl up with a good book and eNJoy gatherings with loved ones. Your home will benefit from a valuable source of heat and aesthetic appeal.

There’s no denying that a fireplace is an asset, but in order to ensure it stays that way, it needs to be properly maintained, and that means making sure that the chimney is functioning properly. The chimney is responsible for directing hot air and smoke from your fireplace away from your New Jersey house; however, just like any other feature, a chimney is also susceptible to damage.

When masonry materials are exposed to regular use and harsh elements, such as smoke, soot, and ash, fluctuating temperatures, wind, rain, and snow, as well as ground shifting, they are weakened.

An unsightly chimney can become a health hazard. Keeping its appearance and, most importantly, your safety, requires calling in a Moorestown, NJ chimney repair contractor at the first sign of trouble.

When should you make repairs? In the event that you notice any of the following, it may be time to find a company near you that specializes in chimney repair.

When moisture has made its way into a chimney, it’s a major red flag that it’s not functioning properly, and rust is one of the most obvious indicators. It is a sure sign of moisture intrusion if you see rust spots in the firebox, the damper struggles to open and close, or if the seal isn’t functioning properly.

It can be caused by several factors, such as cracks in the mortar, poor construction, or moisture traveling down the chimney flue.

Moisture is a big problem for chimneys, no matter what its cause may be. When the damper is rusted, it will no longer function properly. Because of this, fires in Ocean County fireplaces will quickly extinguish. Instead of exiting your chimney, smoke, soot, ash, and carbon monoxide may escape into your home.

Rust can eat away and deteriorate the firebox, and the moisture that’s causing the rust could damage the lining of the flu, which could allow heat to make contact with surrounding building materials and eventually cause a house fire. You should contact a Moorestown, NJ chimney repair professional as soon as you notice rust developing on your firebox or damper.

In chimneys, mortar is the glue that holds them together. In the case of constant exposure to the elements and ground shifting, the mortar could crack or wear away, and you could face some serious problems. Water will eventually seep into bricks and/or stones, freeze, and thaw, causing more damage.

It is possible that the heat from the fireplace could eventually seep into the surrounding building materials, increasing the risk of a house fire, or worse, collapsing the entire structure. Keep an eye on the mortar. Maintain it regularly, and at the first sign of damage, contact an expert in Moorestown, NJ chimney repair.

Spalling occurs when the face of masonry materials peels and flakes off, exposing the masonry materials to the elements and causing further damage. Several factors can cause spalling, such as poor-quality materials, improper installation, and regular moisture exposure.

Spalling initially appears to be just a cosmetic issue. Over time, however, it can cause the masonry to decay further, exposing the surrounding building materials to heat and sparking a fire or causing the entire structure to collapse. Once you see spalling, schedule an appointment with a contractor who specializes in chimney repair and chimney replacement near you immediately to avoid major headaches and costly repairs.

Issues with Fires or Smoke

When you toss a few logs on the fireplace and light them up, does the fire smolder instead of roar? Does the fire take off but smoke pours into your Ocean County home? Either way, that’s a definite sign something is wrong with your chimney. The damper may not be working properly, the liner could be damaged, or there may be a blockage in the flue, for example.

It is a crucial component of a chimney because it ensures a fire has oxygen while also allowing smoke to escape the fireplace and travel down the chimney. A poor fire and smoke pouring back into the room could also indicate a blockage, such as outside debris or broken flue tiles.

Looking for Reliable Chimney Repair Near You?

The above-mentioned problems or any other issue with your chimney or fireplace should be addressed by a Moorestown, NJ chimney repair company as soon as possible. If you’re researching “chimney repair in Ocean county”, be sure Apex Air Duct Cleaning & Chimney Services is at the top of your list.

The team at our company offers fast, affordable, reliable, premium-quality results with more than 30 years’ experience. We will be more than happy to assist you in setting up an appointment for more information or more information about our services. Please go to our website and click the “contact” tab, or give us a call directly at 732-314-7171. 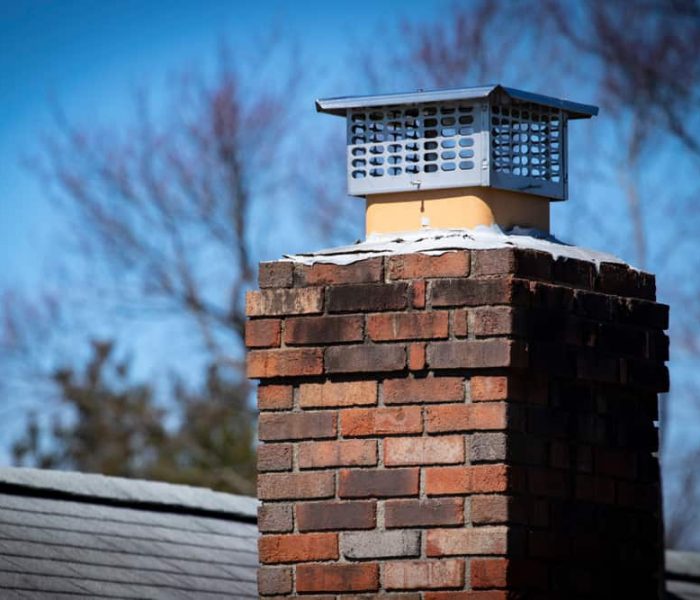 Barnegat gets its name from nearby Barnegat Bay and Barnegat Inlet. The inlet was originally “Barendegat” or “Barnde Gat”, which means “inlet of the breakers” or “surf cove,” and was named by Dutch explorers of the coastline in 1614 for the waterway’s turbulent channel. An alternative derivation is that Barndegat is a Dutch word that means “a pool created from a dike breach.”

The Lenape Native Americans would spend summers at the shore collecting and roasting clams for food over the winter. European settlers arrived in 1720 and the first permanent homes were constructed around 1750.

One of the last battles of the American Revolutionary War took place in 1782 near the site of the Cedar Bridge Tavern.

Here are some chimney-related links:

Where can you find a reliable repair chimney company

Where one repairs a chimney greatly depends on the issue with the chimney. Some issues involve the interior of the chimney or fireplace while others depend on the bricks or the crown of the chimney.

Some home warranty companies cover fireplace repair while others don’t. It’s best to get in contact with yours to see what your options are.

How much should chimney repair cost

The average cost to repair a chimney is around 450 dollars, however depending on what needs fixing the price can either be higher or lower.

How can you repair a chimney leak

After inspecting your chimney, you can accurately assess exactly what needs to be fixed. Oftentimes, bricks could have gaps in them that would need to be filled.